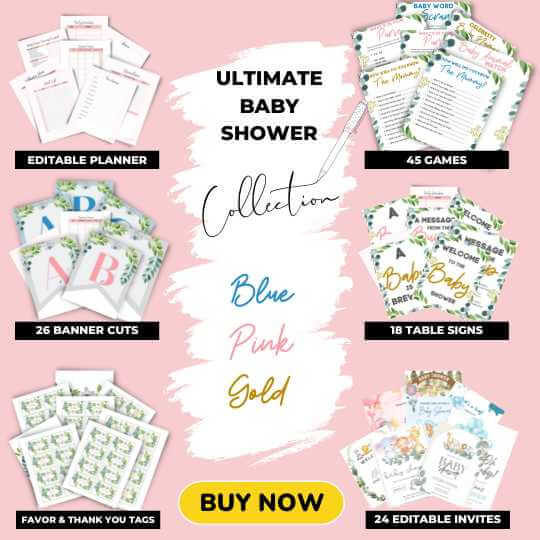 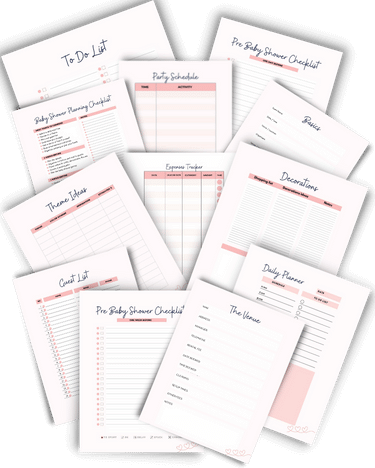 Make sure that everything is taken care of for the big day.

Check Your Email For the Downloads

If you’re planning a baby shower for the first time and you’re asking if do men go to baby showers? that’s what we’re going to breakdown in this article.

Do men go to baby showers?

Ideally, baby showers were for the mom-to-be and her female friends or family members. Still, coed baby showers are becoming quite popular, more and more people are inviting fathers to attend baby showers. Alternatively friends of the father-to-be also choose to hold a baby shower called a diaper party solely attended by men.

Whichever way you choose, as long you celebrate the coming of a new family member.

It takes two to tango, and most especially when it comes to parenting, so it comes naturally that fathers are also part of one of the momentous occasions before the baby comes.

When did men start going to baby shower

Now quite popular, more and more people are holding baby showers that have both women and men, and this kind of baby shower is referred to as a coed baby shower

Though the event is contemporary, it still includes some time-honored traditions. Congratulations to the parents-to-be, ice breaker games, delicious food, and of course, showering the parents-to-be with gifts for the newborn.

This baby shower accords both parents-to-be family members and friends the opportunity to welcome the baby and pamper both the parents with love and gifts.

Mentioning both the parents’ names on the invitation and including a neutral coloring so that it does not look like one specific gender is invited is one way of ensuring that your coed baby shower is less traditional.

Some of the ideas of wording may include:-

What do guys do during a baby shower?

There is no limit to activities that men can do in a baby shower.

Check out our 17 unique baby shower prizes for ideas on prizes for you male guests.

You will be surprised to learn that guys, and especially guys who have kids, have a ton of advice for new parents. So that’s a plus! Guys at the shower also get to catch up with the dad-to-be since there won’t be much time to catch up when the baby comes. And most importantly, guys have Gifts!

Coed baby showers are now trendy and quite fun.

But for those who still feel the need to have traditional baby showers with women only, men can have a separate baby shower with men only. A baby shower party for the dad-to-be and his friends only is called a diaper party.

This is a win-win situation as both parents now get to celebrate the coming of a new family member. Regardless of which option you take, fathers are definitely invited to baby showers!

I am a full-time mom, part-time communications specialist, and part-time storyteller. With over six years of working as a communication and projects expert, I specialize in developing new communication strategies, producing content for social media, S.E.O content writing, and website management. I offer excellent analytical skills, extensive research, and communication skills. I am obsessed with creating unique content that's absurdly useful and effective.